The Facts about hoarding 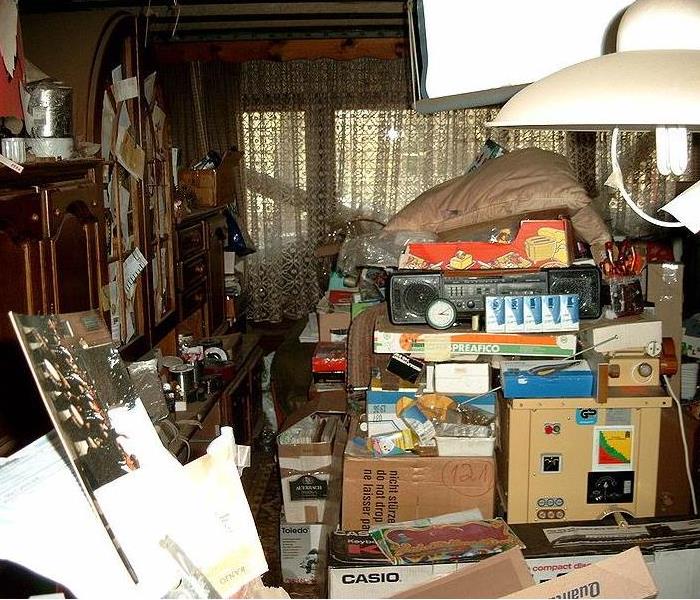 Here at SERVPRO of Lebanon/Hanover/Littleton; We frequently get asked about
hoarding and the clean up process. In lieu of just going over the cleaning
process, Lets go over some facts about hoarding,So that if you are ever faced
with this situation; You may find yourself in a better position to help.
According to the "International OCD Foundation":

What is compulsive hoarding?

Compulsive hoarding includes ALL three of the following:

How is hoarding different from collecting?

What are the signs of compulsive hoarding?

What makes getting rid of clutter difficult for hoarders?

Who struggles with hoarding behavior?

Hoarding behaviors can begin as early as the teenage years, although the
average age of a person seeking treatment for
hoarding is about 50. Hoarders often endure a lifelong struggle with hoarding.
They tend to live alone and may have a
family member with the problem. It seems likely that serious hoarding problems
are present in at least 1in 50 people, but
they may be present in as many as 1 in 20.

What kinds of things do people hoard?

What are the effects of hoarding?

Can compulsive hoarding be treated?

Yes, compulsive hoarding can be treated. Unfortunately it has not responded
well to the usual treatments that work for OCD.
Strategies to treat hoarding include:

How do I have a conversation with my friend of family member who is ready to
talk about hoarding?

When a person seems willing to talk about a hoarding problem, follow these
guidelines:

More information can be found at https://iocdf.org/

If you are faced with helping a family member who needs to clean their home
after a hoarding situation, call SERVPRO of Lebanon/Hanover/Littleton. We can
take you through the process and ensure that everything is handled
professionally and as quickly as possible 603-298-6942.